Office of the Director

Office of the Director

The FMCS Director, appointed by the President with the advice and consent of the Senate, has the responsibility for establishing and directing policy and for the overall administration and strategic direction of the Service. The Director serves as agency liaison with the White House, members of the President’s Cabinet and the Congress, and also provides direction for and participation in mediating major disputes. 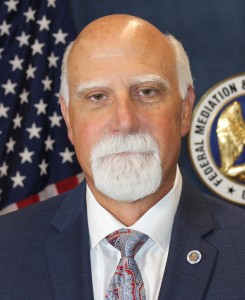 President Trump announced on Jan. 31, 2019 the intent to nominate Richard Giacolone as the Director of FMCS.  His nomination was forwarded to the Senate where he awaits confirmation. Commissioner Giacolone had served in the Chesapeake, Virginia field office since 1995. In that capacity, Commissioner Giacolone functioned as a senior mediator handling cases of national significance, as well as serving as the former Director of the FMCS International/ADR Department and Special Assistant to the Director of FMCS. Prior to receiving his commission with FMCS, Mr. Giacolone served as a Labor Relations Advisor for the Department of the Navy and has an extensive background in labor relations as a management representative.

In his capacity as FMCS mediator, Mr. Giacolone mediated thousands of domestic labor and employment cases during his 23-year tenure, ranging from labor disputes at multiple symphonies and orchestras to bus and transportation disputes with coast-to-coast impact. His international experience at FMCS includes both mediation and the development and delivery of dispute resolution programs in some fourteen countries, including: Peru, Argentina, Panama, Dominican Republic, Spain, Switzerland, Netherlands, Belgium, Ireland, Northern Ireland, Thailand, and the United Kingdom. He led the Agency’s mission to provide transition assistance during the transfer of the Panama Canal to the Republic of Panama.  Mr. Giacolone represented the United States in the Peoples’ Republic of China, lecturing on the benefits of labor-management cooperation. In addition, he presented mediation training in Yangon, Myanmar.

Mr. Giacolone’ s long Agency career included leading the facilitation of public meetings during the investigation of the collapse of the World Trade Center buildings on September 11, 2001 as well as negotiated rulemaking cases (Reg/Neg) as a means to avoid unnecessary litigation.

Mr. Giacolone holds a Bachelor of Science degree in Industrial Psychology and a Master of Public Administration degree from Old Dominion University in Norfolk, VA. He has served on the faculty and has regularly lectured at a number of universities on topics such as collective bargaining and arbitration. These include Harvard University Kennedy School of Government, Tidewater Community College, Old Dominion University, the College of William and Mary Law School, and Virginia Commonwealth University. 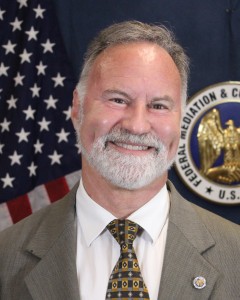 Hattal has served as a Commissioner assigned to the Seattle, WA field office of the Federal Mediation and Conciliation Service (FMCS). As a Federal mediator, Mr. Hattal acts as a confidential neutral working toward amicable contract settlements primarily between management and labor unions. He received his commission in 1995.

For five years, he was the director of the FMCS Institute for Conflict Management, responsible for the creation and delivery, of courses in: Conflict Management, Mediation, Arbitration, Interest-based Problem Solving and other alternative dispute resolution (ADR) systems across the U.S. and internationally.

In addition to dispute settlement, Mr. Hattal works in the arena of preventive mediation, providing training, assessment, coaching, and facilitation skills that will achieve enhanced work relationships. He has varied and extensive experience in the phases of interest-based negotiations procedures, organizational culture, and labor-management partnership development.

He has served FMCS as a field mediator in three field stations (Washington, D.C., Oakland, CA and Seattle, WA), director of Arbitration Services for the FMCS, and as a special assistant to the FMCS’s former Agency Director. International assignments included diplomatic missions in Hanoi, Dublin, Stockholm, London, Canada, and Ecuador, and on the Agency’s behalf, he worked extensively in Panama prior to the Canal transition in 2000.

Mr. Hattal’s experience, prior to receiving his FMCS appointment, includes over 15 years in labor relations, contract negotiations, as well as directing training and development departments, supervising staff, and administered labor contracts for both labor and management.

Mr. Hattal has served as an adjunct professor for numerous colleges and universities (University of Maryland, George Mason University, The American University, Northern Virginia Community College), teaching semester length courses on a wide variety of topics in the organizational communication and development disciplines, as well as serving as the associate director for the Center for Professional Development in the Office of Continuing Studies at The American University in Washington, D.C. He has consulted for many corporations and businesses in the United States and internationally, as a facilitator and trainer, conducting seminars in interpersonal communication, public relations, group dynamics, team building, strategic planning, and oral presentations.

Mr. Hattal completed his formal education at the University of Maryland. His MA is in organizational communication and his Ph.D. research was in the field of organizational development. Post graduate work included advanced negotiations training at Harvard University and the Strauss Institute for Dispute Resolution at Pepperdine University. 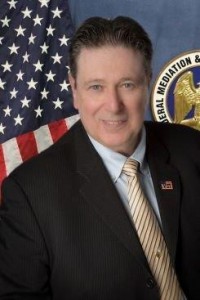 Mr. Blake has been at the forefront of the Agency’s efforts to engage, inform and educate prospective customers, stakeholders and interested parties with new technologies and innovative outreach programs. He has helped lead successful training efforts for new FMCS mediators as well as for peers in mediation services in Federal, state and local government units. In addition, he has represented the Agency in international training efforts in Okinawa, Venezuela, Brazil, South Korea, and Japan. He has been a consistent recipient of performance awards in recognition of his work including the FMCS Director’s Award, the Agency’s highest honor. He has been awarded the Office of Personnel Management’s National Chairperson the Year and the Burlington County College Hall of Fame.

Mr. Blake began his FMCS career as a Commissioner in 1972. As a Commissioner and Field Mediator for FMCS, he has trained and successfully facilitated parties in relationship-by-objectives techniques, steward-supervisor skills development, labor-management committees, interest-based problem-solving and modified traditional bargaining in sectors of the economy ranging from manufacturing, public sector, and academia. Mr. Blake was a regional preventive mediation coordinator responsible for the training skills development of mediators that assisted the labor and management community in efforts to improve relations at all levels.

Since attending Burlington County College, (A.S. – system and design) and Ryder University (B.S. – industrial relations) he has continued to afford programs with the Office of Personnel’s Senior Leadership Development programs. 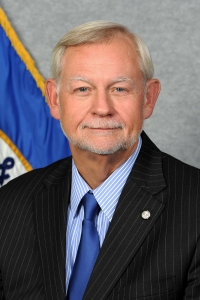 The National Representative reports to the Director and serves as the Agency’s “master mediator” of high profile collective bargaining disputes and is responsible for developing and coordinating increased engagement with FMCS customers for future relationship development and mediation opportunities in key industries and occupations.  The Deputy Director also is responsible for mentoring the Agency’s next generation of major dispute mediators and serves as the management Chair of the Mediator Partnership Council. The Deputy Director handles a variety of assignments to support the initiatives, policies, and programs of the Director of FMCS and represents the Director in meetings of various national, state, and area organizations concerned with labor relations and conflict resolution matters to explain and promote the use of FMCS services by employers, unions, and government entities.

Scot L. Beckenbaugh, who serves as FMCS National Representative, joined the Agency in 1988. He was appointed Western Regional Director in January 2004, having served as Regional Director for the Upper Midwestern Region since 1997. He was the Director of Mediation Services (currently Regional Director) for the Upper Midwestern Region for two years and, before that, he was a field mediator stationed in Des Moines, Iowa. In addition to providing the full range of FMCS services to the labor management community in Iowa, he served as the Minneapolis District Alternative Dispute Resolution Coordinator.  Mr. Beckenbaugh has also served on an interim basis as the Agency’s Acting Director on three occasions.

From 1986 to 1988, Mr. Beckenbaugh was a Member of the Iowa Public Employment Relations Board (PERB). Prior to his appointment as Member, he was an Administrative Law Judge and Director of Mediation Services for Iowa’s PERB. He also had a private arbitration practice and was listed with FMCS. He has served on the Twin Cities Labor Management Committee and for two terms as Chairman of the Industrial Relations Advisory Council at the University of Minnesota. He has taught at the high school, junior college, and university level and was a bill drafter and research analyst for the Iowa Legislature. 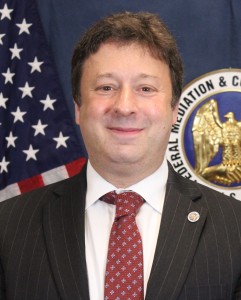 FMCS Commissioner David Thaler currently serves as the Senior Advisor to the Director of FMCS as well as the Agency’s Chief International Affairs Officer. In his role as Senior Advisor to the Director, Commissioner Thaler develops medium and long-range policy initiatives for the Agency in matters of mediator performance management, service delivery, and education and training. He also advises the Director regarding the implementation of the same. In addition to his role as Senior Advisor, Commissioner Thaler also serves as the Head of the FMCS Office of International Affairs. In that role, he designs, administers and delivers U.S. technical assistance programs that involve the training of foreign governmental mediators in advanced mediation and labor relations skills. He often delivers services in Spanish and, in November 2019, he delivered a program in Portuguese. Commissioner Thaler has worked in Argentina, Bangladesh, Canada, Colombia, the Czech Republic, the Dominican Republic, Honduras, Hungary, Italy, Mexico, Mozambique, Panama, Peru, Portugal, South Korea, Thailand, Uganda, and Vietnam, in addition to training incoming delegations from China, Haiti and Tajikistan. In 2015, Commissioner Thaler was named to the international roster of mediators for United Nations and United Nations Staff Management Committee.

From 2005 until 2018, Commissioner Thaler served as a field mediator in the Metropolitan New York Field Office, mediating disputes in the areas of collective bargaining, grievances based on violations of collective bargaining agreements, and equal employment opportunity. While in the New York Area, Commissioner Thaler also trained labor and management partners in relationship development and conflict management and designed mediation and conflict management systems for educational and health care institutions, working with several large hospitals to design systems for managing conflict workplace conflict on a departmental level on an ongoing basis. Commissioner Thaler has also served as an instructor of incoming classes of new federal mediators and on the faculty of the FMCS Institute for Conflict Management. 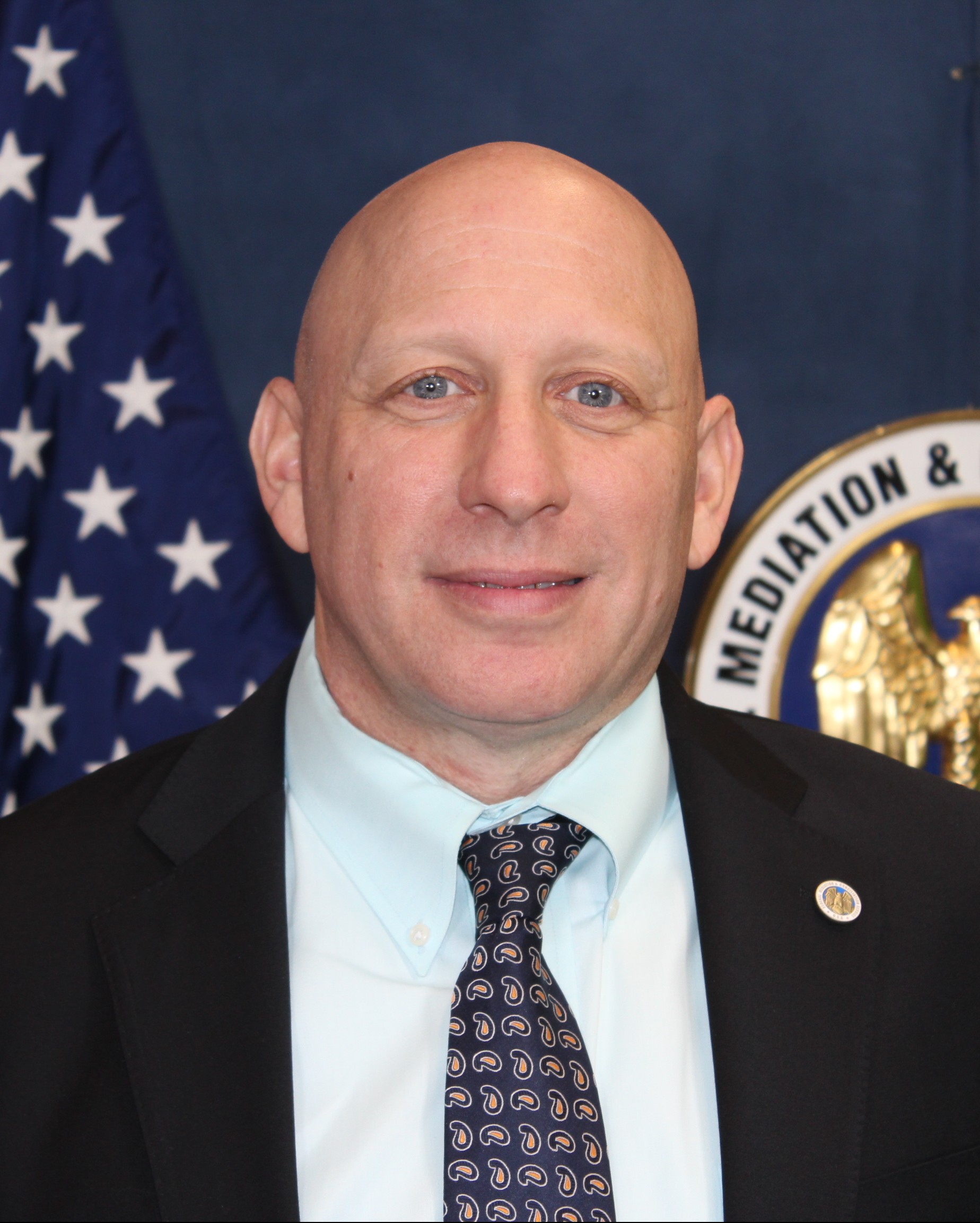 Gregory Goldstein is the Chief Operating Officer of the Federal Mediation and Conciliation Service (FMCS). In this capacity, he is responsible for overseeing FMCS’s critical operations initiatives which include budget, finance, human resources, information technology and procurement activities.

Prior to joining FMCS, Mr. Goldstein held executive positions at the Department of Health and Human Services where he was the Executive Officer and Director of Operations, Management and Technology and the Deputy Director, Center of Substance Abuse Prevention for the Substance Abuse and Mental Health Services Administration. In these roles he provided executive leadership to federal, public, and private organizations in developing public health initiatives.

Mr. Goldstein has a Masters degree in Health Science from Touro University and a Bachelors of Science in Management from Park University.