“It is with great sadness that we mourn the loss of a great leader and friend to FMCS, Bernard E. DeLury.  Bernie was our 12th director, nominated by President H.W. Bush and sworn in on April 27, 1990.  A former U.S. Assistant Secretary of Labor and New York State Labor Department official, Bernie began his career as a journeyman building tradesman. His corporate labor relations experience included Vice President of labor relations for the Sea Land Corporation. He served FMCS until 1993.  Bernie was an admired colleague and leader who led FMCS through many tough negotiations, perhaps most notably the Amalgamated Transit Union (ATU) and Greyhound strikes occurring just after his appointment.  Through the years, Bernie would often attend FMCS events and symposiums, offering mediators words of advice and encouragement from his experience and history with the agency. We will miss his presence dearly. With our deepest condolences to Bernie’s family and friends, we humbly wish them peace during this time.” 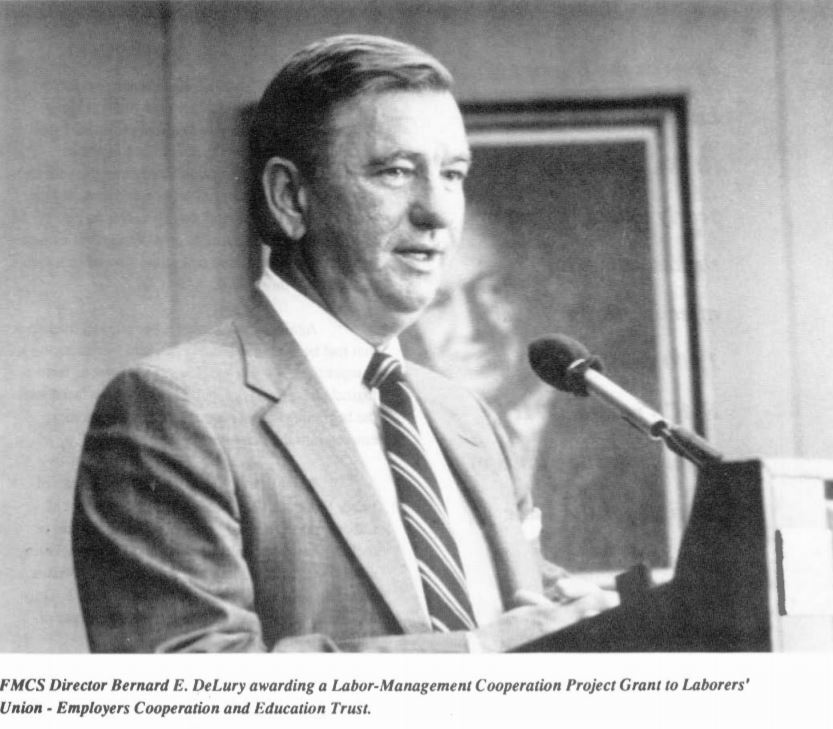